For those who cannot make it Emmitsburg for our exhibits, we have completed digital online versions of them for your convenience, education, and enjoyment! Go to https://docapsl.omeka.net/ and tell us what you think!

Along with the exhibition on the 50th anniversary of the creation of the five provinces, the Archives is happy to announce the opening of a new exhibit on the Daughters history in Health Care!  Featuring rarely seen documents and books, newly acquired artifacts, newly available audio materials, and a new multimedia production, the exhibit is open to the Emmitsburg campus and its guests, as well as to the outside public during business hours, 8-4, Monday-Friday.  If you are visiting from the outside, ring the bell, and we’ll let you in! 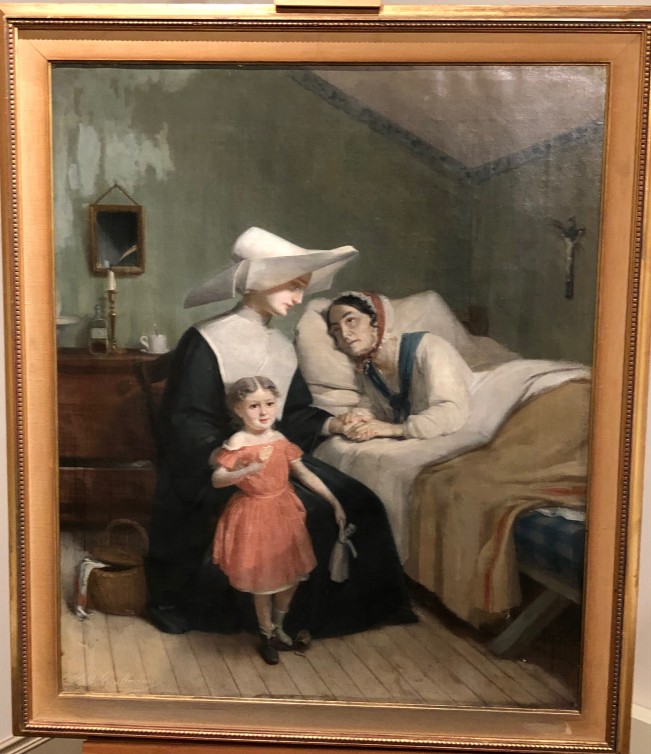 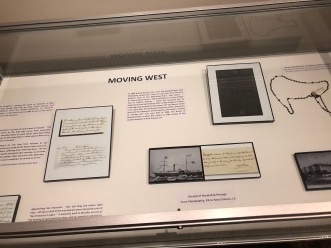 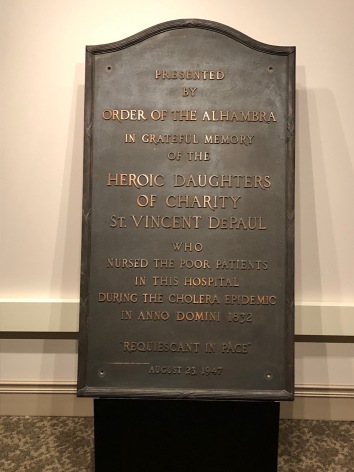 50 Years and Onward: The Establishment of the Five American Provinces

On January 4, 1969, the Daughters of Charity in the United States entered the next phase of their history.  At a mass con-celebrated by the former Superior of the Vincentians and attended by Superioress Mother Chiron, five provinces of the Daughters were created where formerly there were two.  The archives is commemorating this event with a new exhibit in our heritage room!  Explore the ceremony and the changes this brought for the sisters and ministries.  Our permanent artifacts, such as the famous statue of our Lady of Victory, remain on display.  Open to public and Emmitsburg campus 8-4 Monday-Friday (ring bell from outside or request entry at Seton Shrine desk)

On January 23, the Archives is excited to open its next exhibit on the Daughters history with health care in our second exhibit space!