“For centuries, cursive handwriting has been an art. To a growing number of young people, it is a mystery. The sinuous letters of the cursive alphabet, swirled on countless love letters, credit card slips and banners above elementary school chalk boards are going the way of the quill and inkwell.”.
–Katie Zezima, “The Case for Cursive”. New York Times, April 27, 2011

The Times story shows the dramatic change from the 19th and 20th centuries, when cursive handwriting (also known as penmanship) was a standard part of the school curriculum and a variety of methods existed to teach good penmanship. Our library collection includes four such manuals; their covers can be seen below. All of these manuals were donations; we do not know if they were used in Daughter of Charity schools. However, manuals such as these were widely used, and they are an important link to writing and recordkeeping systems from earlier times. 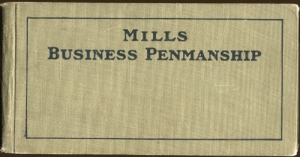 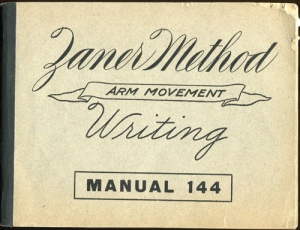