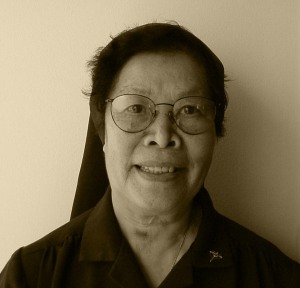 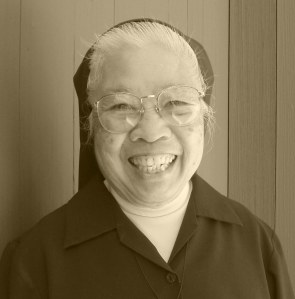 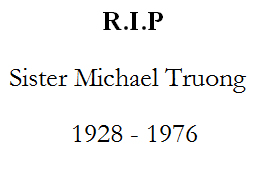 On April 22, 1975, forty-two polio-stricken orphans, aged five to young adult, were airlifted out of war torn Saigon on an unofficial flight under the supervision of four Daughters of Charity and Father Robert Crawford, a Vincentian Priest. Father Crawford arranged for the rescue mission through Edward Daly, president and owner of World Airways, a commercial charter airline. It was a harrowing flight out of war torn Saigon to the safety of the United States.

The United States had airlifted all military personnel out of Saigon. Panic overtook those still living in the war-torn city. As Saigon fell around them, a small group of Daughters of Charity and Father Robert Crawford, a Vincentian priest, did what they could in their sparse surroundings to bring security to the crippled children in their care. At the time, fifty handicapped boys were under Father Crawford’s care. Another one hundred girls, mostly polio victims, were under the care of the Sisters.

Fearful the Communists would see these disabled children as useless to their cause, decisions were made. After much prayer, it was decided that children with parents would be returned to their families. Father Crawford laid plans with Mr. Edward Daly, president of World Airways, and Mr. Frank Reidy, a financial donor, to transport the remaining polio-stricken orphans, four Daughters of Charity and several orphanage workers out of the country. Mr. Daly then sanctioned use of a DC9 to airlift refugees out of Saigon. To avoid any bureaucratic red tape, a covert mission was organized. The Daughters were told to secretly prepare the children for departure – day or night.

Sister William Quyen, Sister Thérèse Marie Pham, and Sister Michael Truong would accompany the children. Sister Marie Antoinette Yen-Bui would also be aboard the flight. On April 22, after receiving word, the Daughters collected the children and told them they were going on a picnic. The group was bused through the unsafe streets of Saigon to the Tan Son Nhut Airport where a World Airways DC9 flight #803 awaited. Fr. Crawford and the Sisters of Charity quickly and quietly boarded all of the children. It was nightfall when the plane departed.

Fearing the unauthorized plane might be detected, the pilot kept all lights off during take-off. The plane left Saigon just before the Viet-Cong overran the city. Following stops in Okinawa and Tokyo, the refugees arrived at Travis Air Force Base outside of Oakland. They were then transferred to the Presidio Army Base in San Francisco for immigration processing.

Many people were involved in helping the children and other Vietnamese refugees who accompanied them on Flight #803 to learn English and adjust to a new culture. Under the direction of Sr. Mary Elizabeth Reed at Maryvale, the girls received excellent care and eventually were sponsored or placed in loving homes. All of the children airlifted out of Saigon that fateful night survived and thrived.

Acknowledgement
This account of the escape from Saigon was written by Patricia Smith, Public Relations Specialist, for the 2012 LCWR Exhibit at the California Museum of History, Women & the Arts in Sacramento, California. Four Sisters who escaped from Saigon on April 22, 1975 became members of the Province of the West in Los Altos Hills, California that same year. Three of the Sisters are still living and one is deceased.