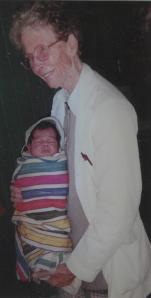 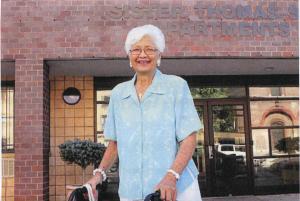 Within the space of twelve days, two iconic women, both Sisters of Charity of New York, who served the people of God on different continents went home to their loving God. Sr. Marie Immaculata Burke, a nurse, served in Guatemala for 43 years. She began and ministered in several different clinics and served the Mayan people in many different ways. She was beloved by the people, and she loved them in return. She brought the healing touch of Jesus to so many as well as comforted those families who lost loved ones during the Civil War. Nothing was too difficult for Sr. Immaculata to do for “her people.” She recognized needs and did her best to meet them, at times placing herself in possible danger. With the help of other missionaries she worked to help the people regain their health, receive an education, and return to their villages to serve their own people. Her death brought sadness to all who knew and loved this Sister of Charity who clearly practiced “every service in her power.”

Sr. Thomas, a.k.a. Trude, Collins left the classroom in 1967 to work among the people of St. Athanasius Parish and the surrounding area in the South Bronx. Sister’s bright smile and exuberance made her beloved by all of the residents and business people as well. She was a hard worker and staunch advocate for the needs of the people of the South Bronx. She served on various boards and was elected to the Community Board which she remained a member of for many years. Sr. Thomas saw the needs of the people around her and offered them whatever assistance she could. No task was too great, or too small; she was available day or night. Her fun-loving nature was equal to her compassion. She could burst into song at any moment and entertained the senior sisters every year around St. Patrick’s Day at the Convent of Mary the Queen’s annual party. Noted for her large earrings and often colorful clothing, Sister Thomas was a Sister of Charity to her very fingertips. Ask anyone in the South Bronx about her, and they will tell you she was the kindest, funniest, and most loving person they had ever met.

These two women, daughters of Elizabeth Ann Seton, though working thousands of miles apart, were fulfilling Jesus message to go and preach the gospel to all of my people. Their preaching was through their many actions of love and kindness to all whom they met. The Sisters of Charity and the world have lost two marvelous ambassadors of God’s love.

4 responses to “Two Iconic Sisters of Charity of New York”