Newly Conserved Materials!: Financial Ledgers and Their Use

The Archives is happy to have seen work completed on some more pieces of the collection.  In the 18th, 19th, and early 20th century, it was not uncommon for businesses, nonprofits, or in this case religious communities to keep their financial records in large bound volumes.  These ledgers of St. Agnes Hospital and of the Central House in Emmitsburg are not only beautiful material pieces, but provide hints to the operations and life in the community.

Among the various budget lines to run a hospital are some expected things, such as “Special Nurses” and “Repairs”, but also notables such as a separate budget line exclusively for “Fish & Oysters” or, in what is today a developed area of Baltimore City, “Cattle Fund” 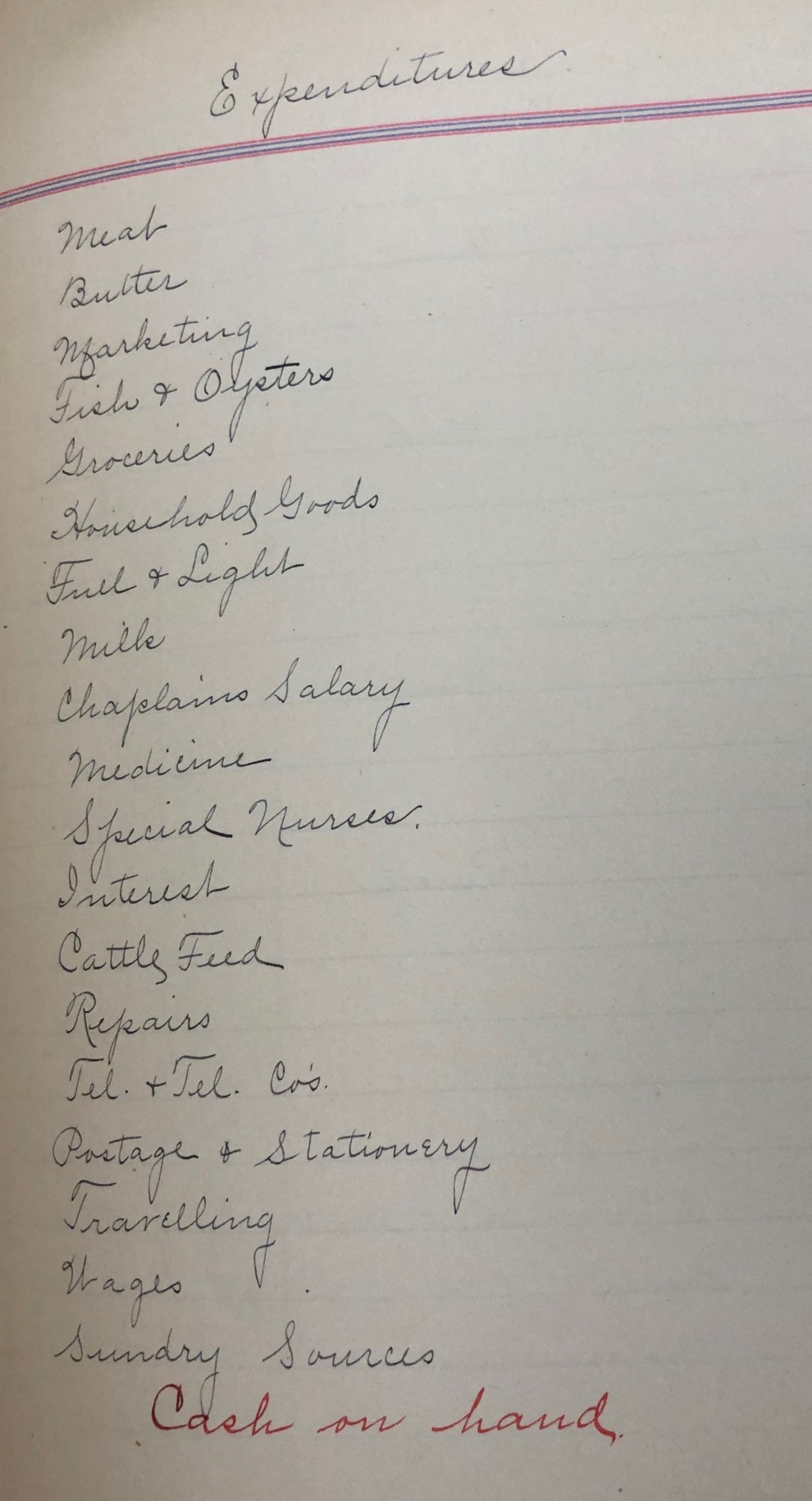 The financial ledger for Emmitsburg shows other interesting expenditures, including, in 1918, dedicated line items for an “Auto Fund” and, a mere 20 years after Marie Curie’s pioneering work on radiation, a line item for “X Ray”

The ledgers also keep statistics of the sisters activity in both the health and religious fronts.

The ledgers are available to researchers at the archives by appointment.