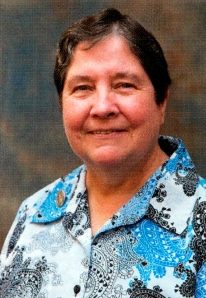 Sister Patricia Quinn
Sister Patricia Quinn is a born teacher who loves being in the classroom surrounded by her first graders. Hers is the awesome privilege and grave responsibility to lead the children into the world of learning. She knows how to awaken their curiosity as she introduces them to the magic of words and numbers and teaches them the simple lessons that will have a lasting impact on the values that will mark their lives for years to come. Best of all Sr. Patricia’s warm personality enables the children to discover that school is a good place. These little ones are off to a good start and will in time make a difference in society. Sister Patricia’s ministry over many years has been a gift to hundreds of children.

Sister Mary Catherine Cleary
Sister Mary Cleary, currently the assistant principal at St. Raymond Elementary School in Parkchester, had been the principal of Our Lady of Angels School for 29 years. Throughout her many years serving in the schools in the Archdiocese of New York, she was readily identified by the students, teachers and parents as a dedicated and compassionate educator. Students sense her care for them as she strives to know each one by name and works to develop their God-given potential. She advocates a strong academic program that includes music, art and the newest technology. Under her guidance, students grow in the confidence that enables them to find their niche in society and to become effective leaders in their communities. Parents, too, appreciate her sensitivity to the pressures they face each day and her willingness to seek ways to ease their burdens and help them to play a significant role in their child’s education. The bright and cheerful atmosphere she creates as she assumes her awesome role as Sister of Charity and educator is an additional blessing to the school community.

Sister Grace Henke
Sister Grace Henke studied at St. Vincent Hospital School of Nursing, Manhattan, after completing her time in novitiate. She then worked as an R.N. in the charity wards, eventually becoming head nurse, until she was assigned to teach sciences in the School of Nursing. Sister Grace continued teaching in the Nursing School and initiated several new courses of study. She authored several professional texts and, through grants she obtained, was able to begin a Tutorial Assistance Program designed to bring educationally disadvantaged candidates into the Nursing School. This program proved successful as 75 students over a 10 year period graduated and achieved RN status.

Upon receiving her PhD in education, Sister Grace began teaching at the College of Mount St. Vincent. She was appointed to the Ethics Committee of St. Vincent Hospital. When the Nursing School closed in 1999, Sister Grace became certified by the New York Office of the Aging and worked as an ombudsman to champion the needs of the elderly. In 2001, she was appointed to the Board of Directors of Lifespire, a non-profit organization dedicated to helping individuals with developmental disabilities meet life’s challenges. Sister has been the recipient of the St. Elizabeth Ann Seton Award from St. Vincent Hospital, a Certificate as a New York State Nurse of Distinction, as well as several scholarships and fellowship grants.

Presently, as a “retired” Sister of Charity, Sister Grace volunteers her time and energy helping the immigrant, the ill, and many others in need. She continues her work with Lifespire and provides advice to sisters who seek her help. Throughout her life she has served God and others with great knowledge and a joyful heart. As a Sister of Charity of New York for the past 63 years, her kindness, compassion, dedication and wonderful sense of humor have enabled Sister Grace to serve all in need, especially the poor. 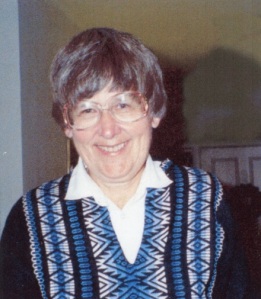 That morning, she had driven to Guatemala City to do some shopping. As she got out of her jeep, she was approached by two men and shot twice in the head. Her vehicle was taken, and then abandoned several blocks away. In all the intervening time, despite ambiguity about reasons and motives for the killing, one thing is clear: the people consider her a martyr who gave her life for them.

Bobbie joined the Guatemala mission of the New York Sisters of Charity in 1978. She and the other Sisters ministered high in the mountainous regions of northwestern Guatemala, providing physical and mental health care and spiritual support, often carried on in dangerous, life threatening circumstances.

Between 1980 and 1996 a civil war raged that in the end claimed more than 200,000 lives, most of them indigenous Mayan men, women, and children, people to whom the NY Sisters were committed to serve.

In the war’s aftermath, Bobbie joined with others to help the poorest of the survivors reclaim the memories of what they had endured, find mental and spiritual release, bury their dead with dignity, and move on with their lives.

Bobbie’s calling in life was to be a missionary. Previous experiences on a remote island in the Bahamas and on the Altiplano of Peru helped prepare her for the tasks she undertook in Guatemala.
She was a deeply reflective woman, passionate in all the activities she undertook in the name of charity about which Oscar Romero said: “charity calls us to fix a steady gaze on those who still lack the help they need to achieve a way of life worthy of human beings.”

Bobbie never lost the will to turn her steady gaze of affective, effective charity on all those she felt privileged to call brother, sister, family.